THE IDEA? RETRAVEL
Despite being a booming industry prior to the pandemic, travel was far from perfect. Over-tourism, pollution, and a circular supply chain funnelling money back to giant corporations (and away from destinations) were just a few of the problems the industry had created. We decided the perfect time to ask people to rethink how they travel was when they couldn't go anywhere.
The campaign
We launched the campaign on our social channels with a video introducing "Retravel," and then followed it up with a series of Instagram posts that educated our followers about the reality of the travel industry and helped them understand how they could choose to travel better in the future.
We then organized a series of video panels called "Retravel Live" hosted by G Adventures founder Bruce Poon Tip and featuring travel and tourism experts from around the world, including Jane Goodall. These panels served to reinforce the company's position as a progressive thought leader within the industry.
Each panel was followed by social posts that shared the ideas with our followers and helped keep the conversation around Retravel active, but also provided inspiration and excitement about travelling again — and doing it the right way.
(We also had to run the campaign with a media budget of $0. Travel company during COVID and all.)
My role: Came up with the campaign idea with the Creative Director and one other copywriter. I oversaw the copywriting for the entire campaign, giving direction and writing copy myself.
THE LAUNCH VIDEO
RETRAVEL INSTAGRAM POSTS
Each post was made up of two images that required a swipe across to read the full headline. The post copy included a more detailed, fact-driven story to show people the reality behind certain travel experiences. (AKA the kind not offered by G Adventures.) See all the posts here. 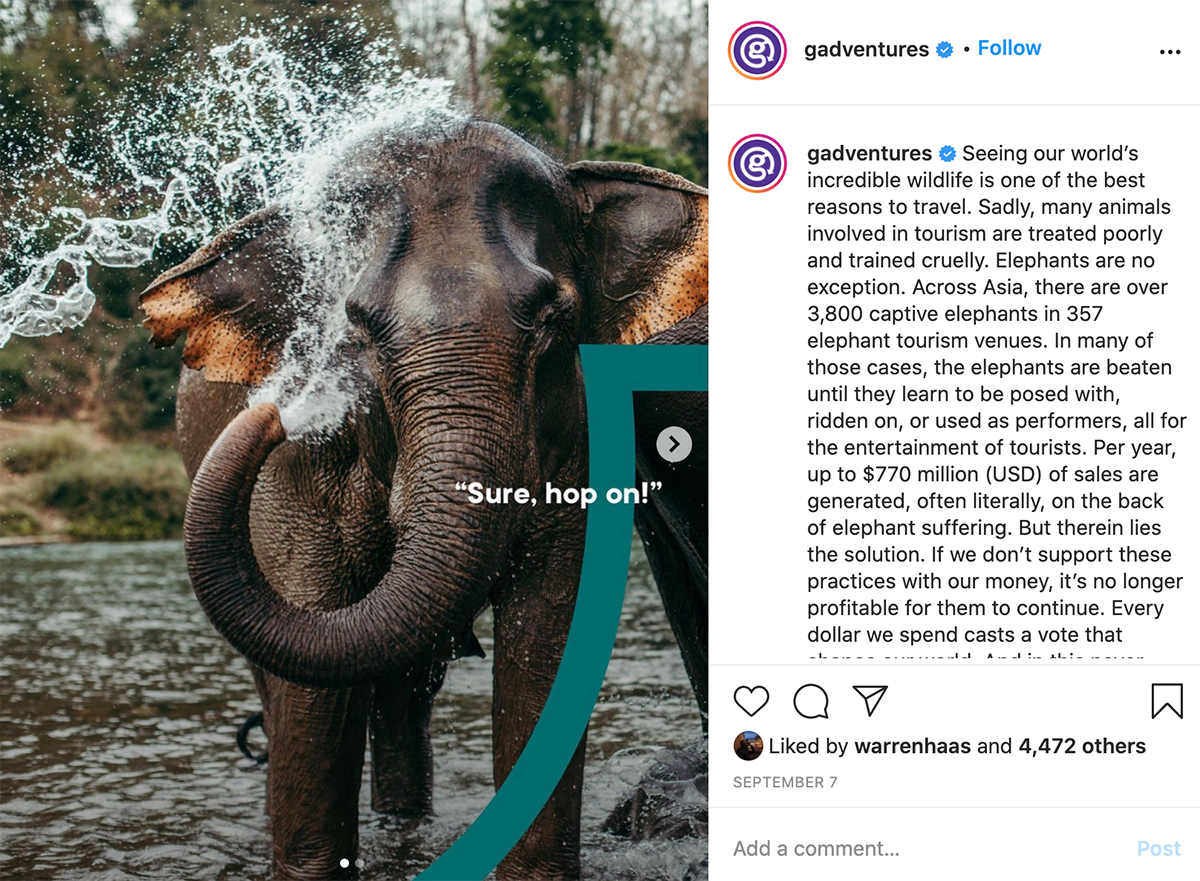 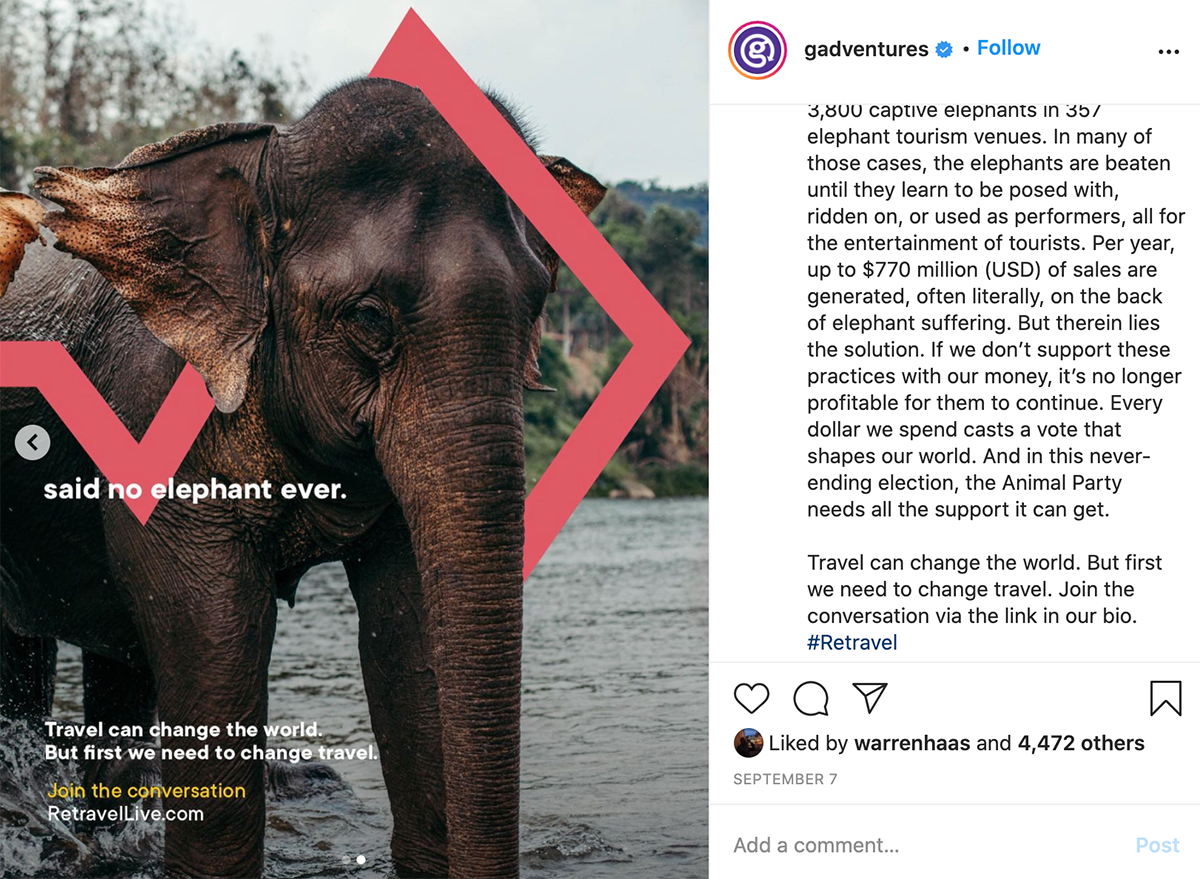 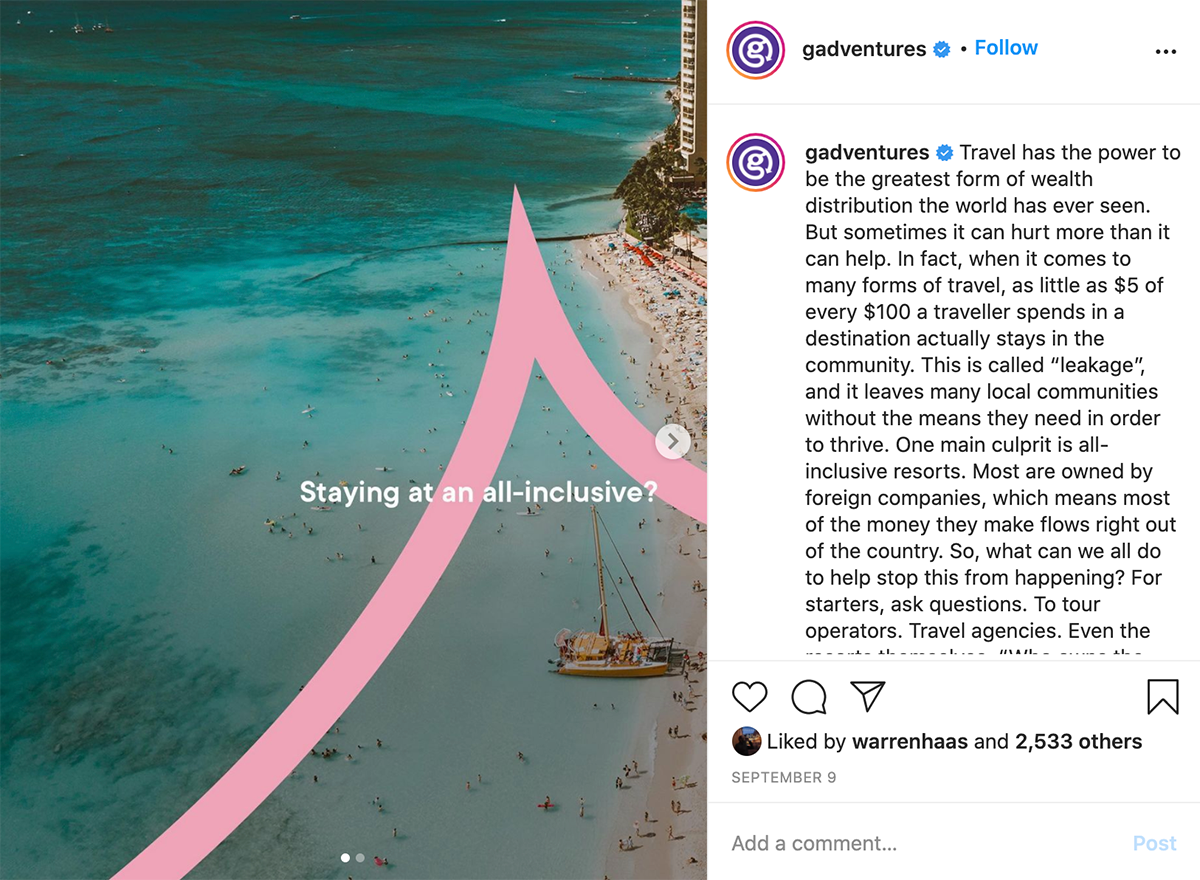 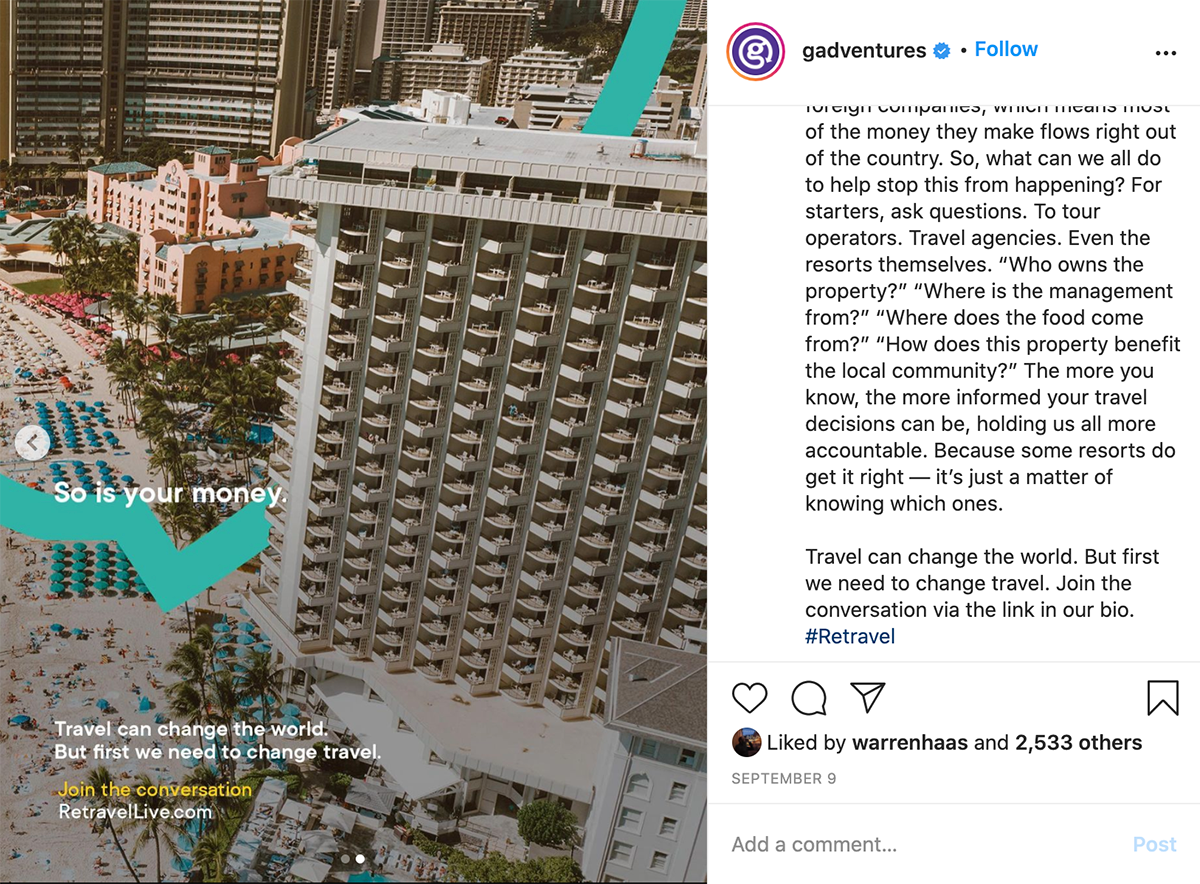 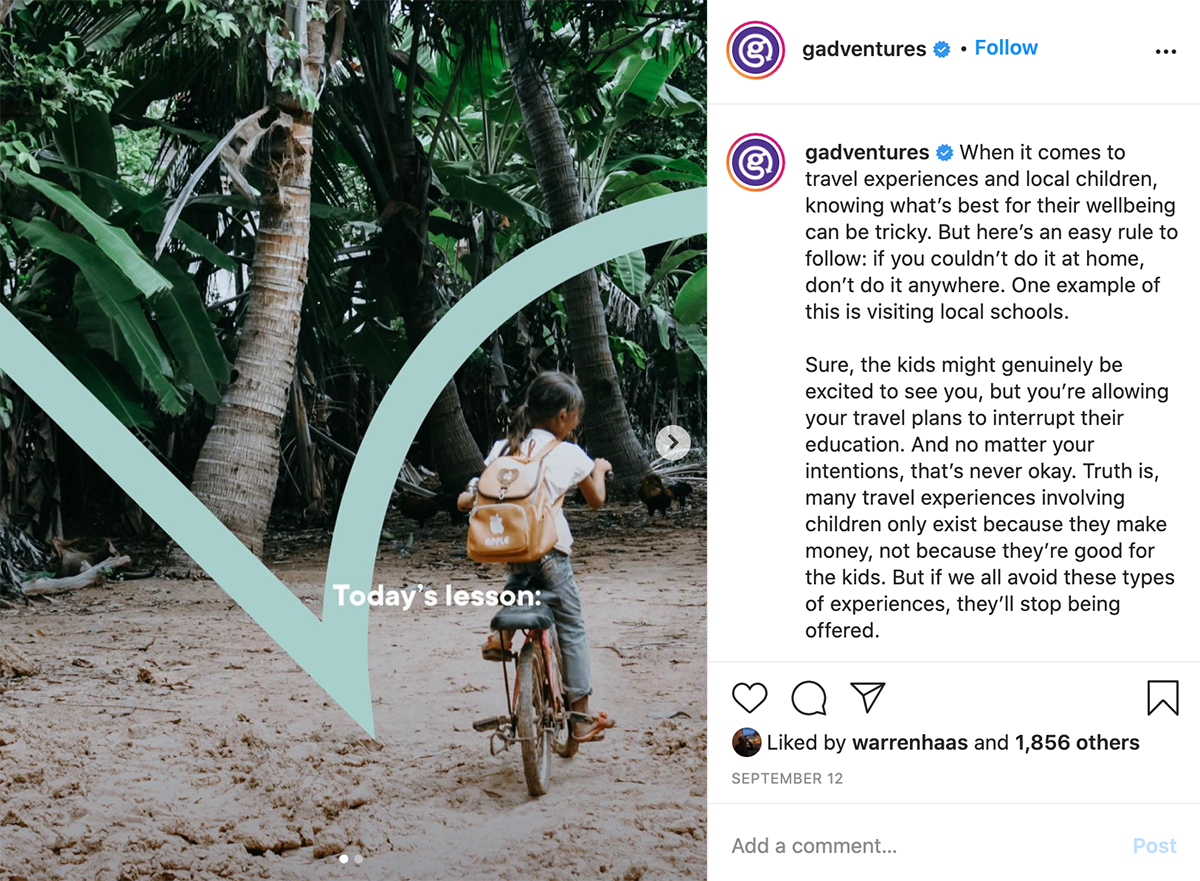 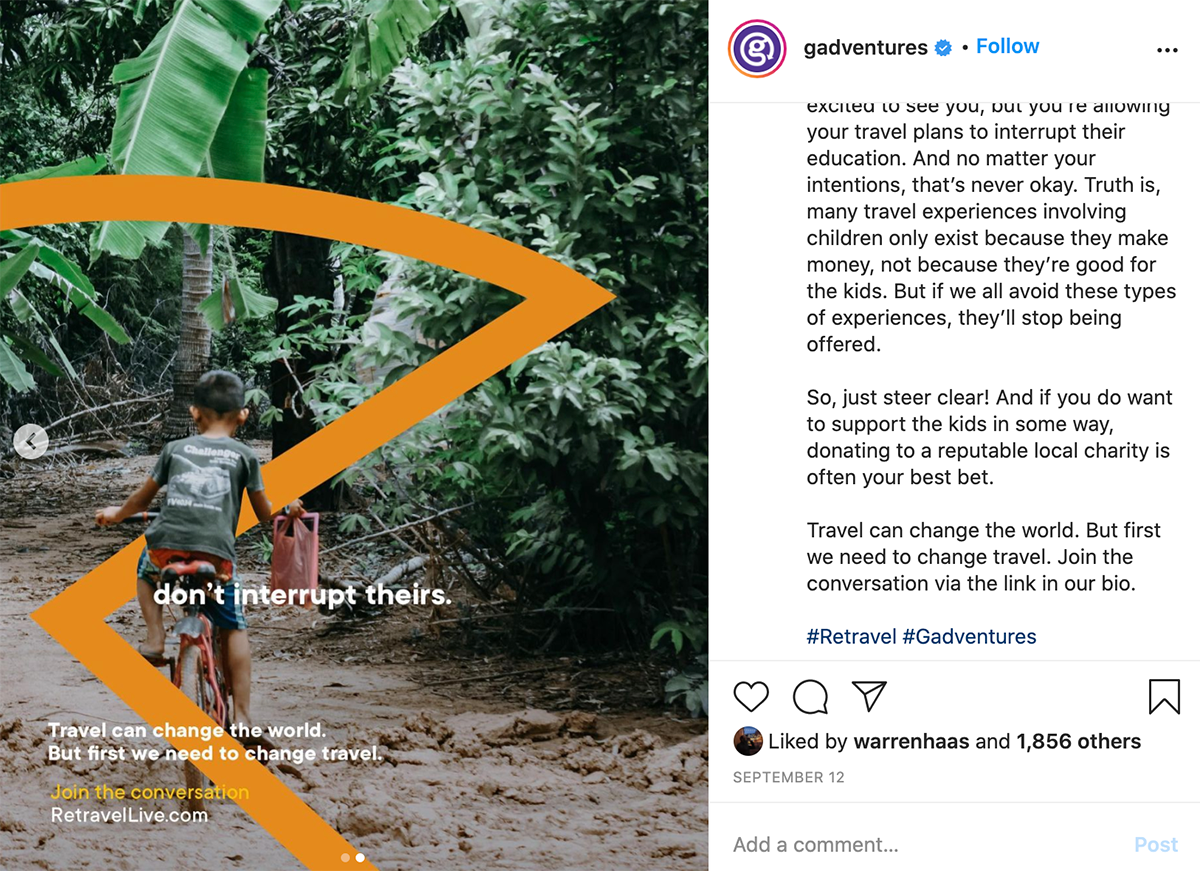 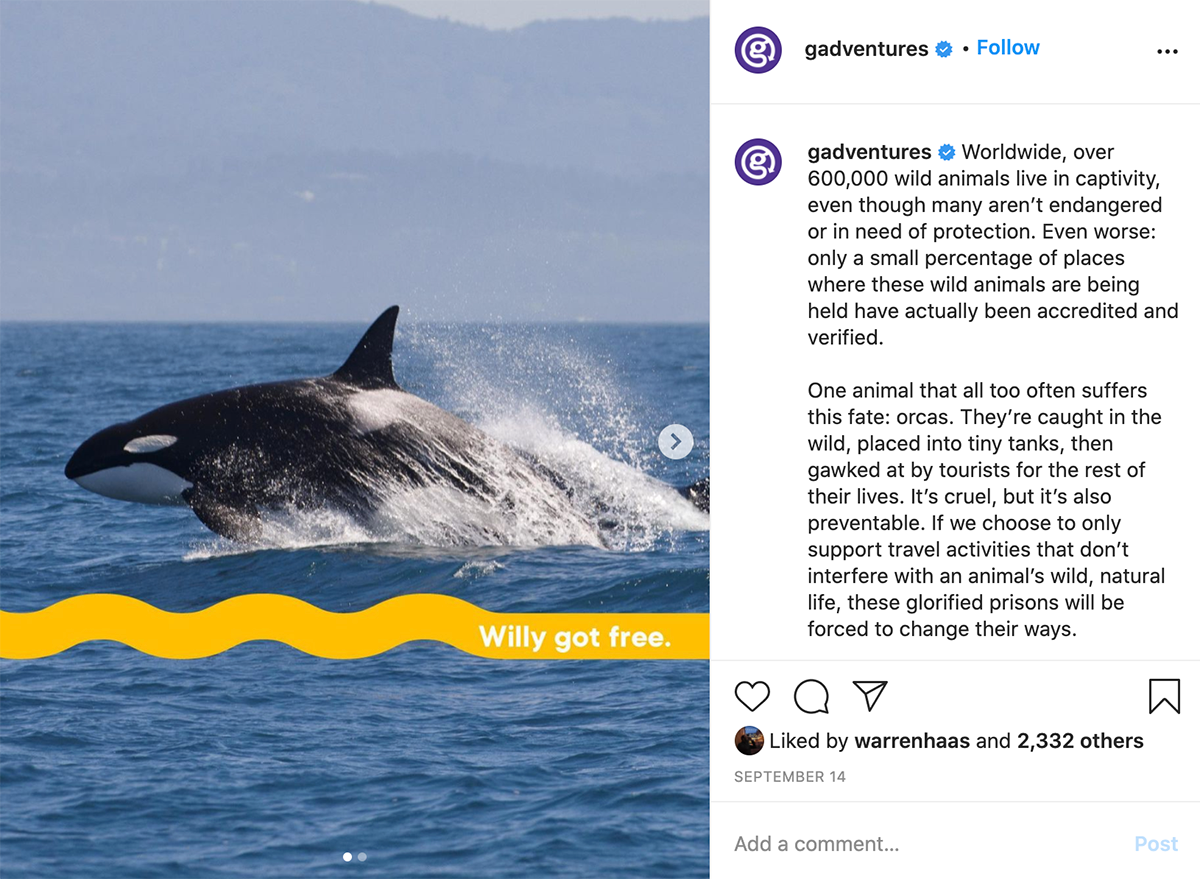 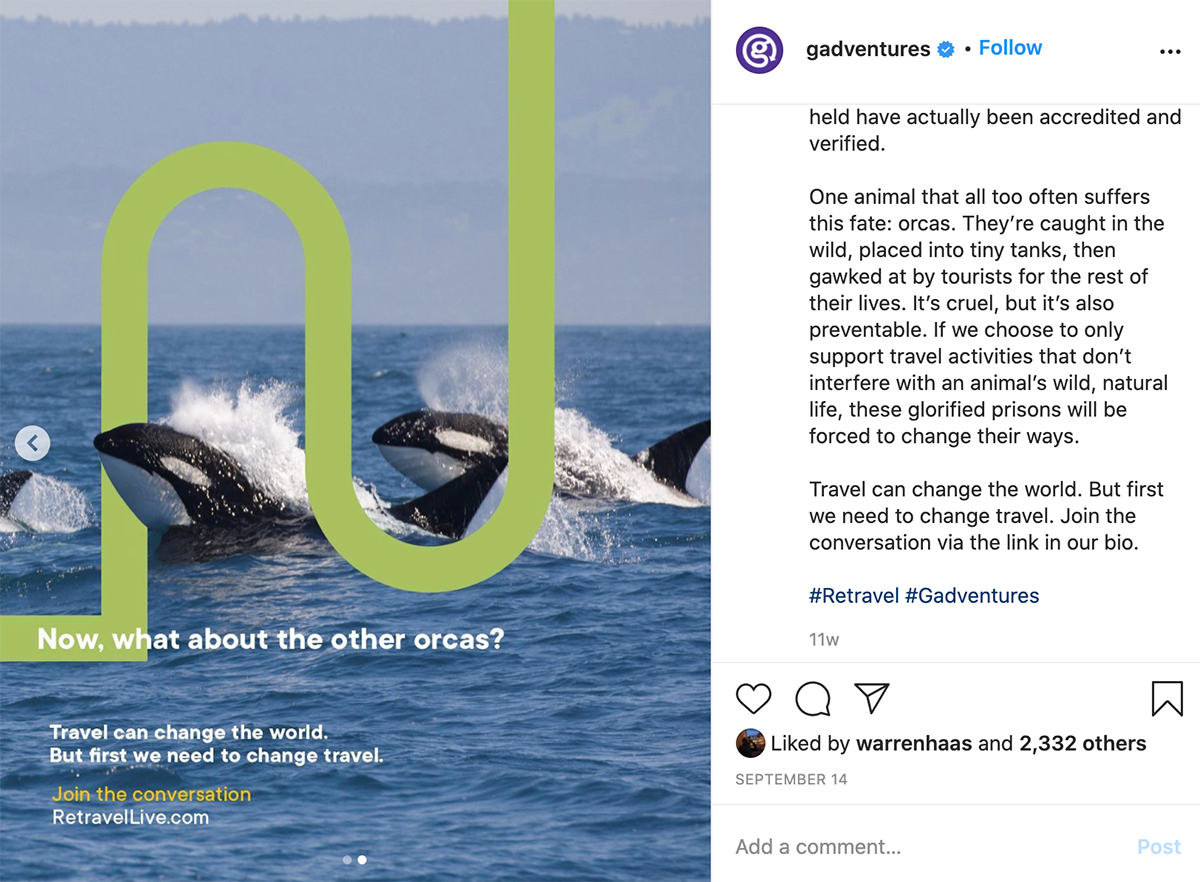 RETRAVEL LIVE PANEL POSTS
We then featured posts to promote each Retravel Live panel and shared wrap ups after the events. These served to inspire our audience to act with their newfound knowledge about the effect their travel choices can have. 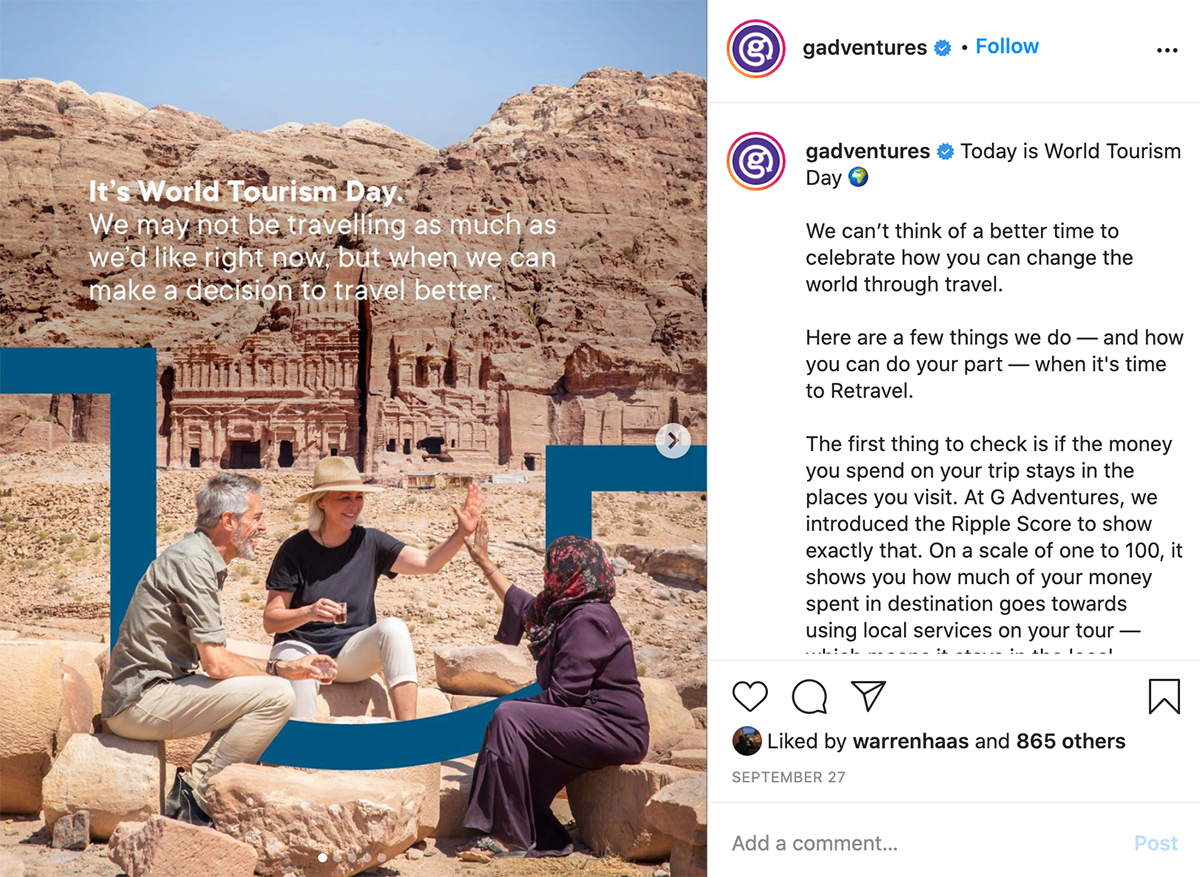 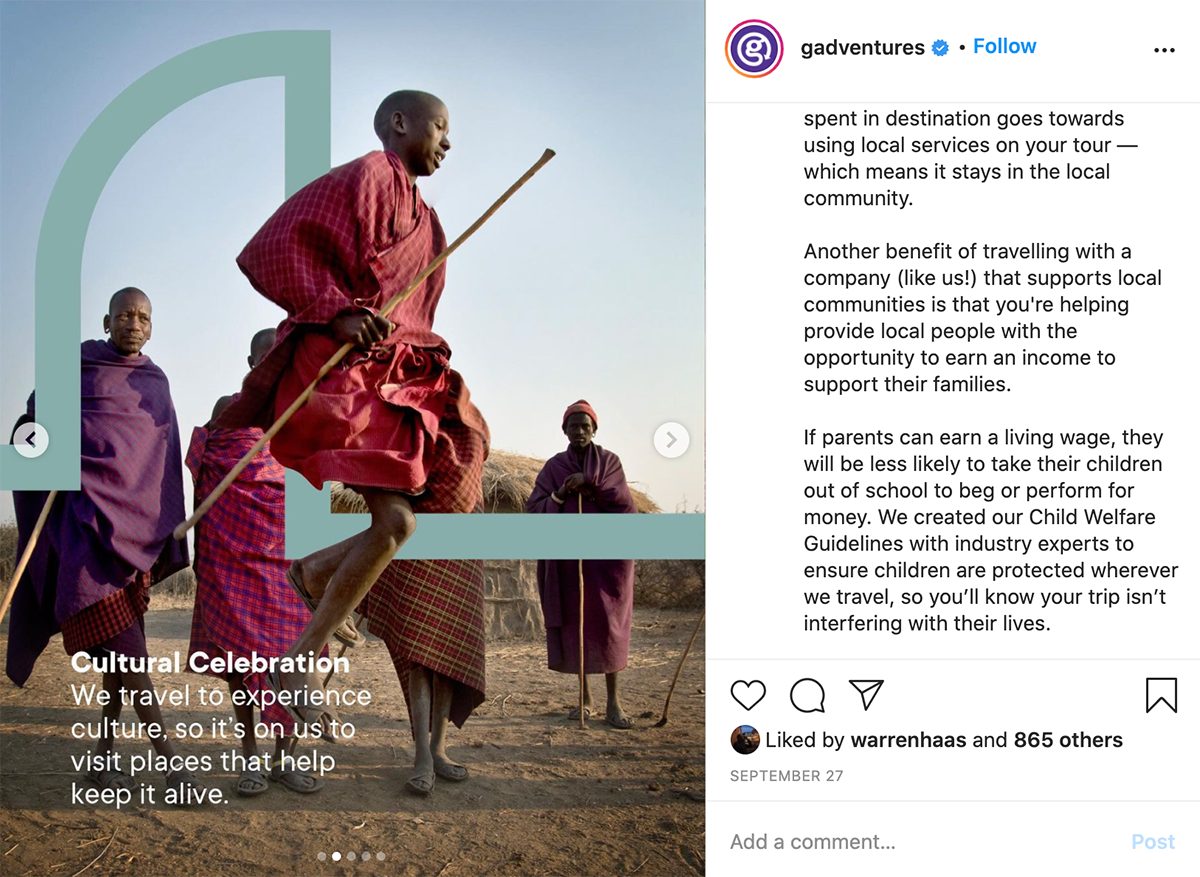 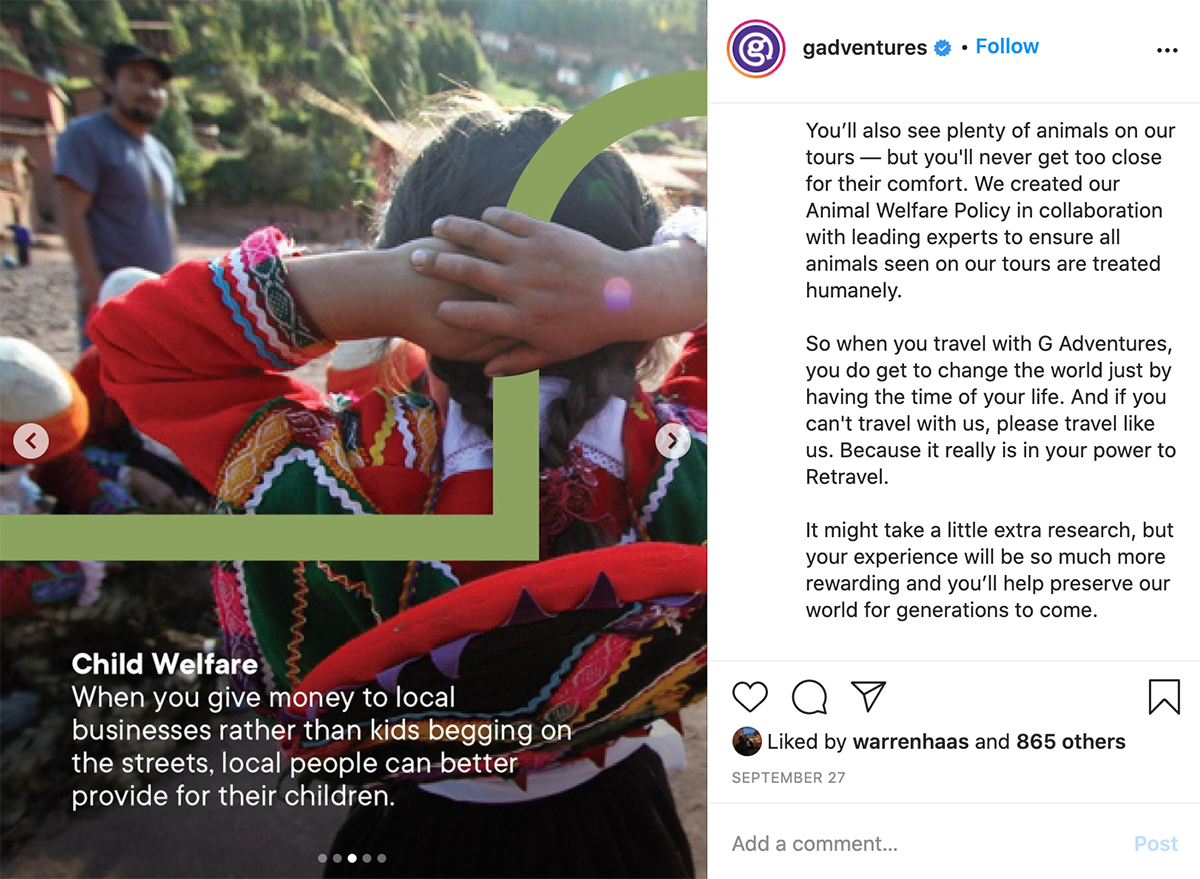 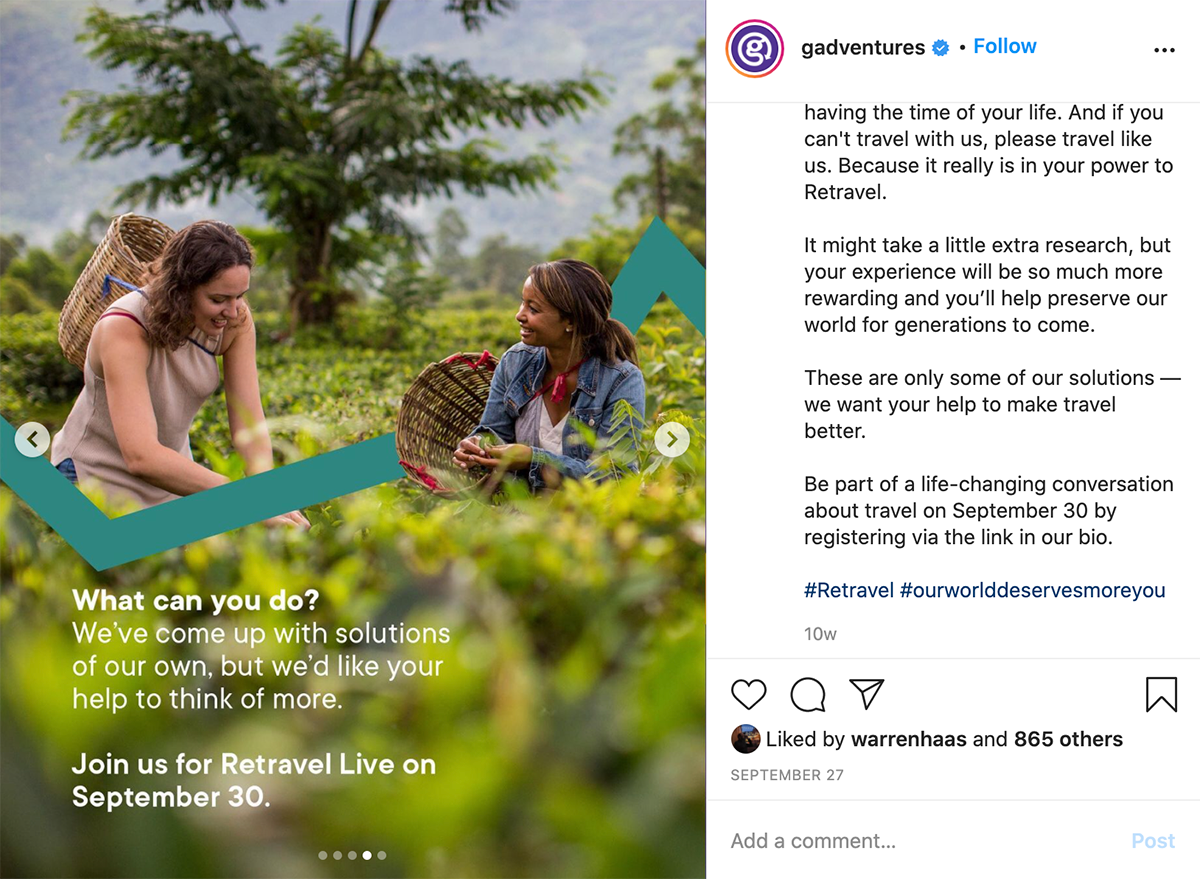 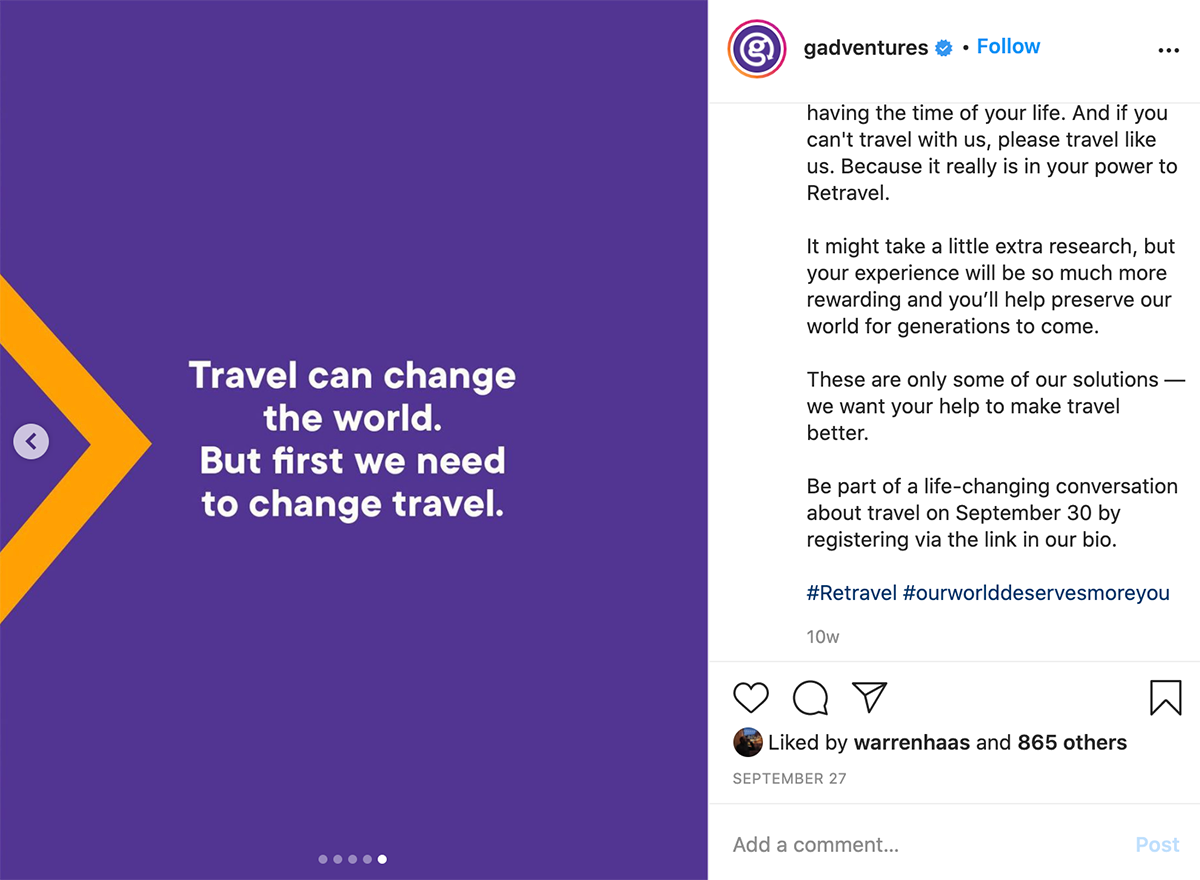 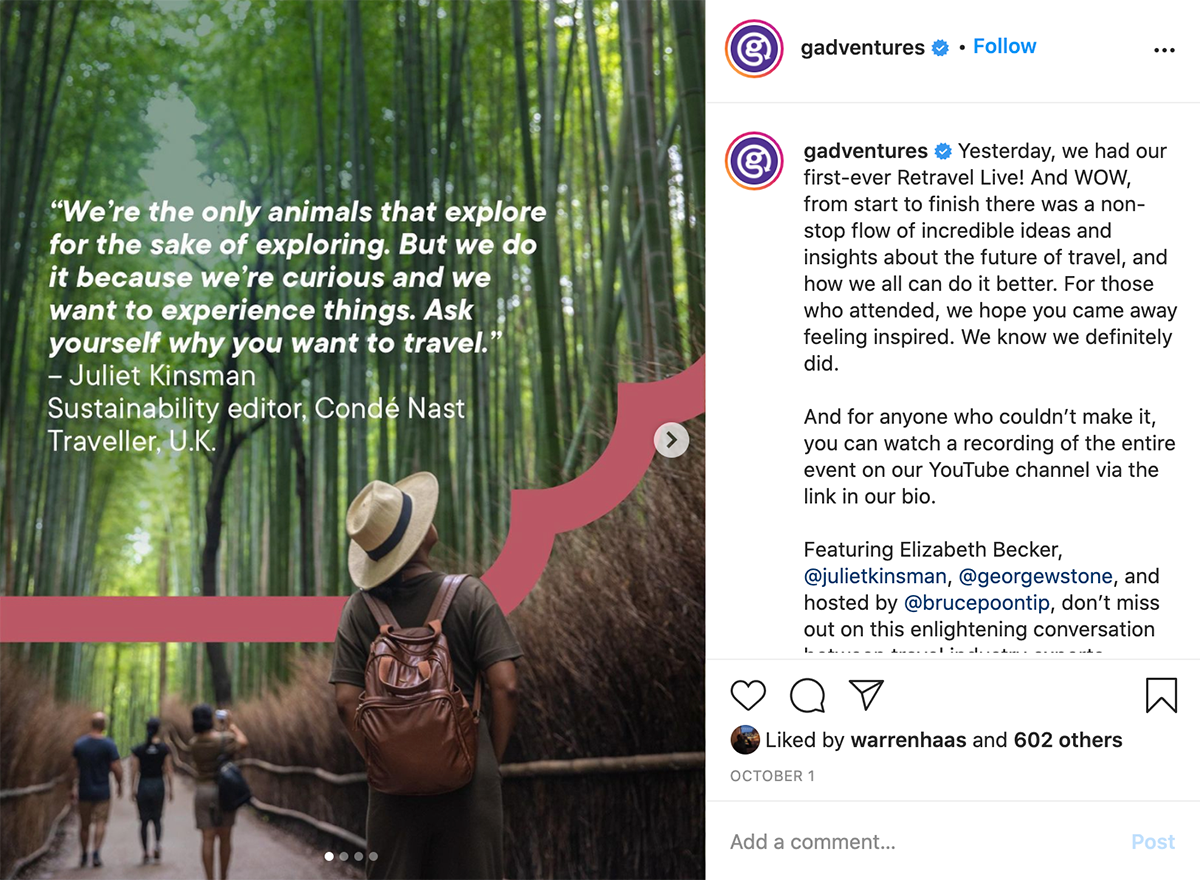 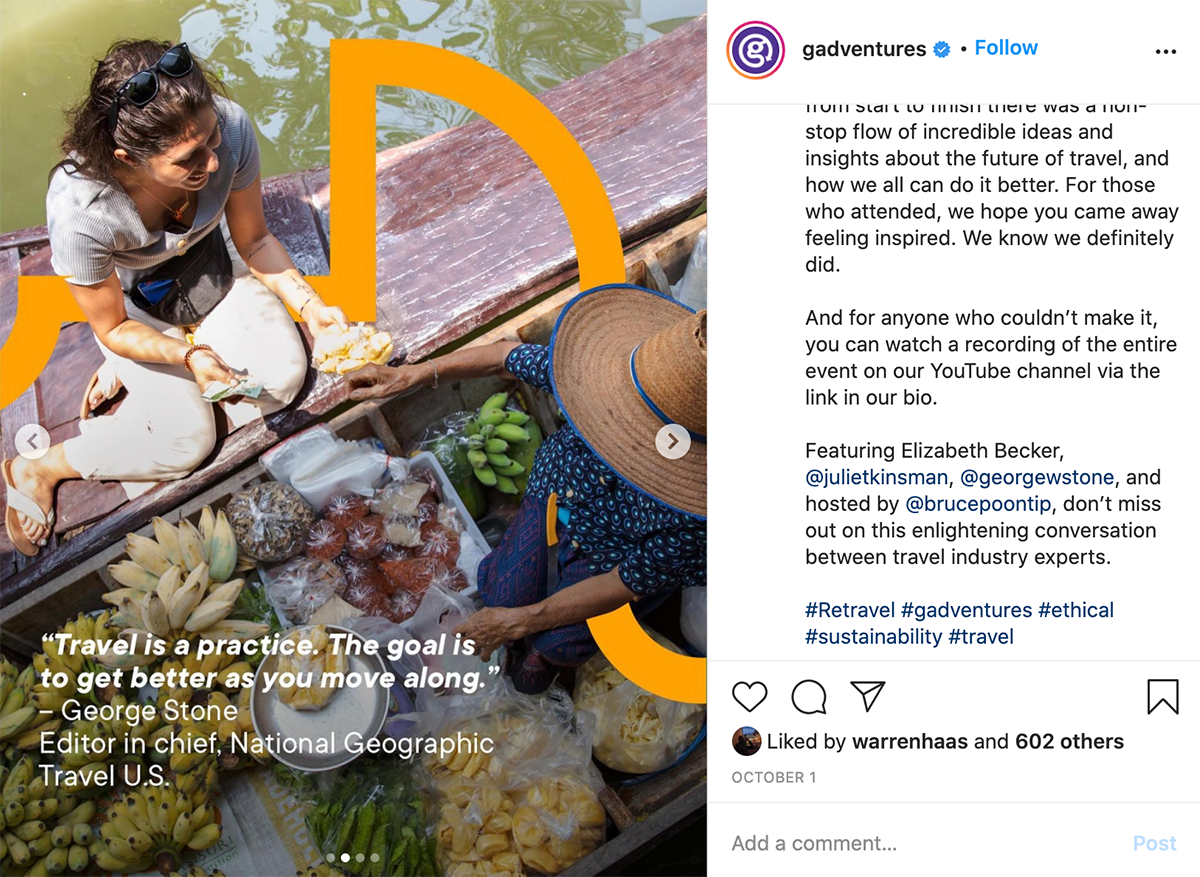 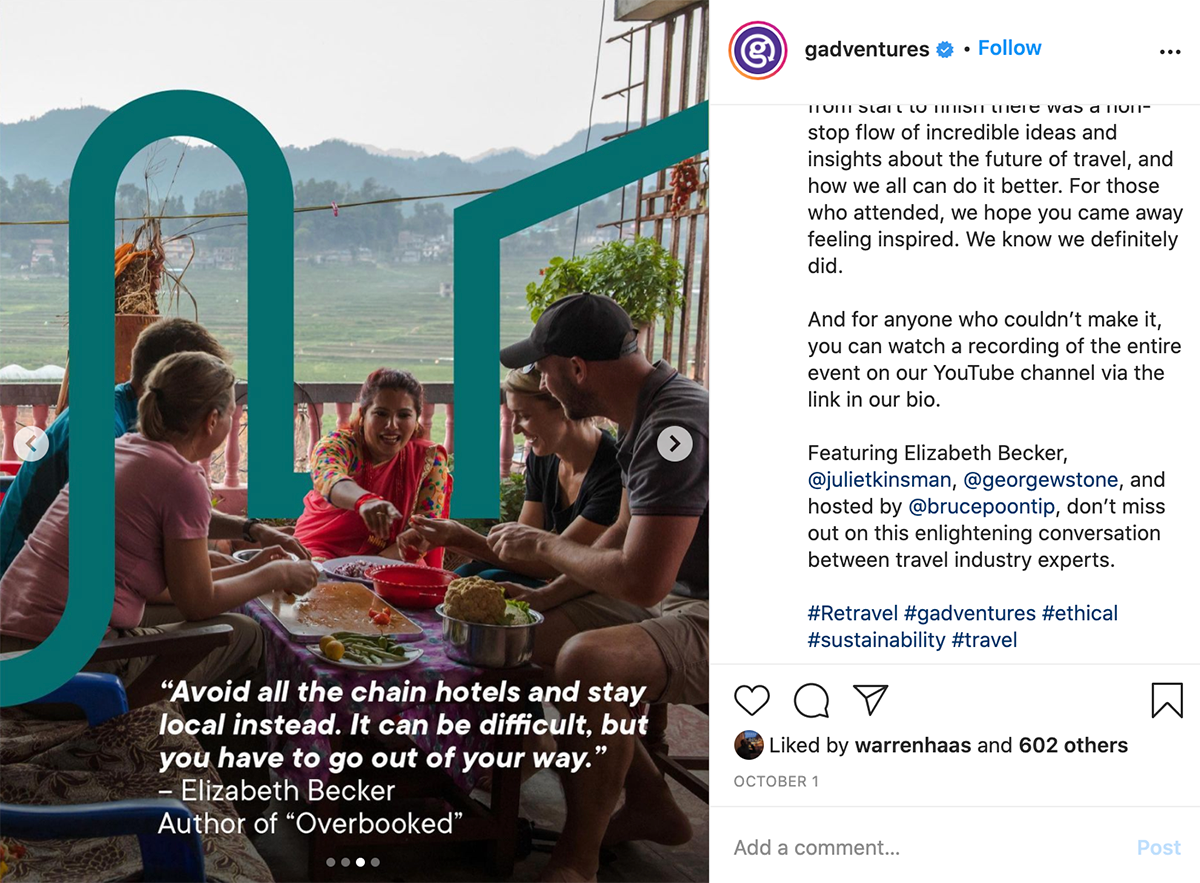 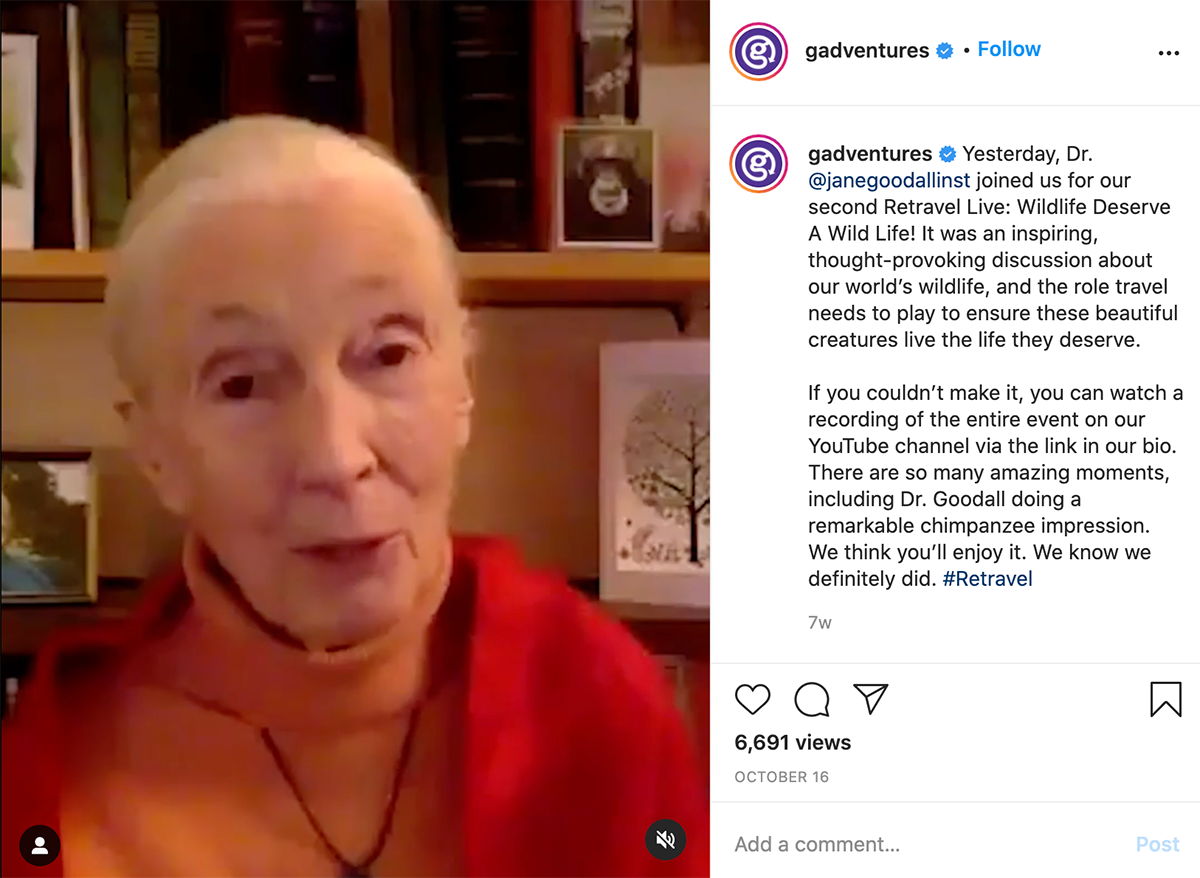 ↑You can stop scrolling now.